There is an infinite number of applications and creative possibilities surrounding new technology in the event world. One technological tool that can add a wide range of versatility and allure to events is automation. Automation allows for an object to be controlled ‘automatically’ – this allows for seamless choreography and transitions of objects at virtually any scale. When automation is done right it adds volumes of life and movement to a production.

Here are a few of our favorite automation applications –

When tasked with creating an intimate concert space in a convention center hall that is worthy of world-renowned musicians – automation is the answer. For one after-hours concert, 156 automated kinetic lights extended throughout the hall and spread above the audience. This unique lighting installation gave attendees the illusion that they were in an intimate venue when in reality they were standing in a massive hall. The automation allowed for flawless light and movement choreography all synced to the beat of the music. Lights danced above while artists took the stage and the audience swayed to the music underneath the electric sky. 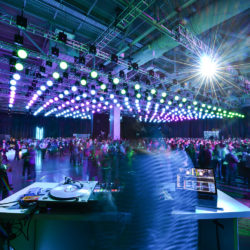 PETALS (Objects related to the brand)

To draw attendees into the stage set in an arena – we used custom-built oversized petals that surrounded the stage and suspended from above. The petals were automated to raise and lower between speakers, during performances, and in between sessions. On top of being automated, these suspended petals were also projection mapped and changed throughout the event to reflect the video content seen onstage during keynotes and entertainment performances. 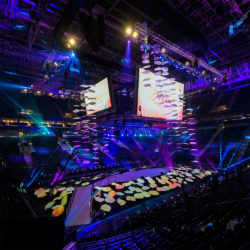 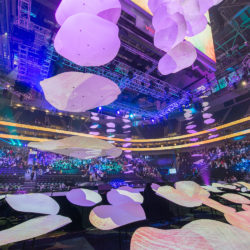 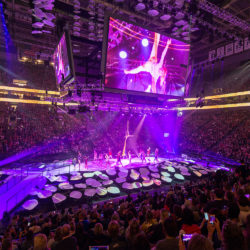 Automated screens are a surefire way to deliver the unexpected to your audience. There are many ways you can do this (and you don’t just have to choose one) surprise/hidden entrances, stage sets that evolve throughout the duration of an event, hidden screens that reveal themselves upon given ques. 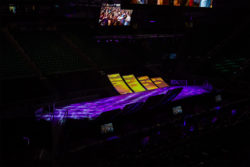 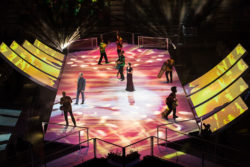 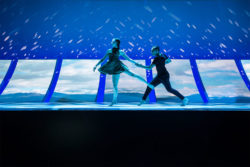