Do you have something in your venue that you want to cover? Throw some LED video tiles over it, create custom content to display and make it shine. For one event, the ballroom had huge chandeliers that often caused lighting issues because of the reflections. The solution? Cover them with a custom LED fixture. 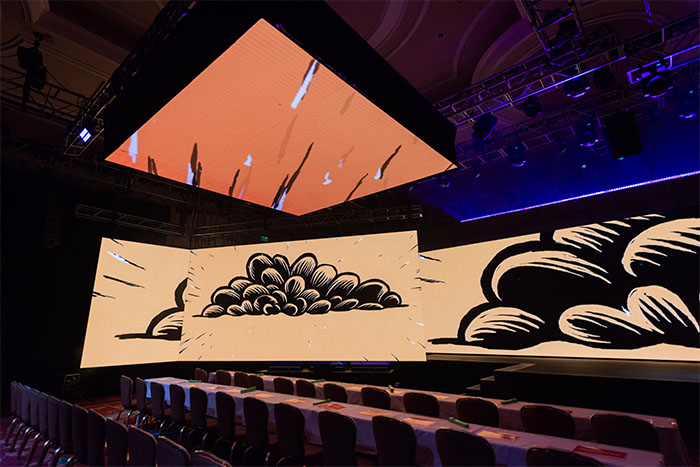 Putting LED video content as part of the center of your event can make a memorable statement. For one build at San Diego Comic-Con, the entire space was centered around a 70-foot tower with LED screens on the top to showcase the release of new shows. LED screens can be made into more than just a place for video, but a feature piece for all to see. 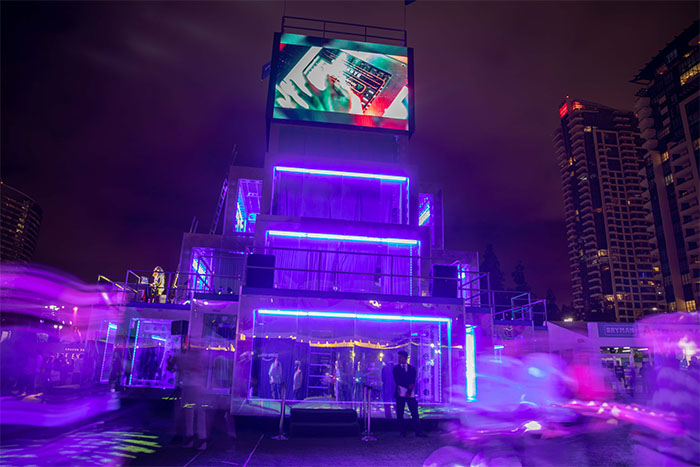 One stage design featured two 60-foot’ LED screens that sat on either side of a custom LED square wall. During the opening presentation, the center of the stage opened to reveal a slide for the CEO of the company to make a grand entrance. More LED screens and the company logo were revealed behind the moving center screens. Talk about a memorable moment. 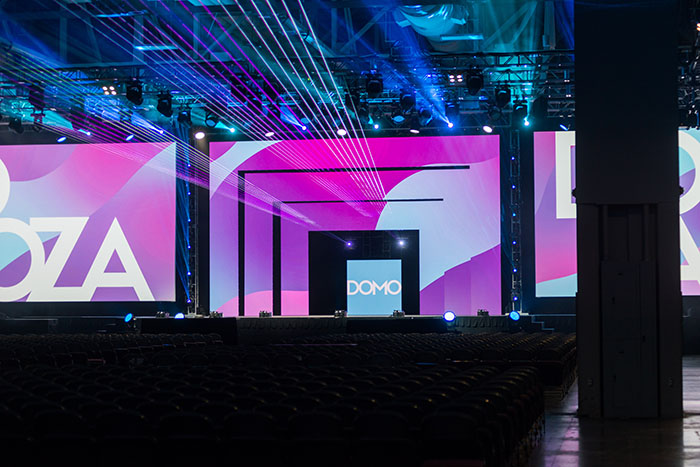 Make it a Scenic Prop.

For one holiday show, we configured oversized LED video boxes as part of the stage design. The video content on the presents could change to match its surroundings or stand out with colorful patterns and movement. 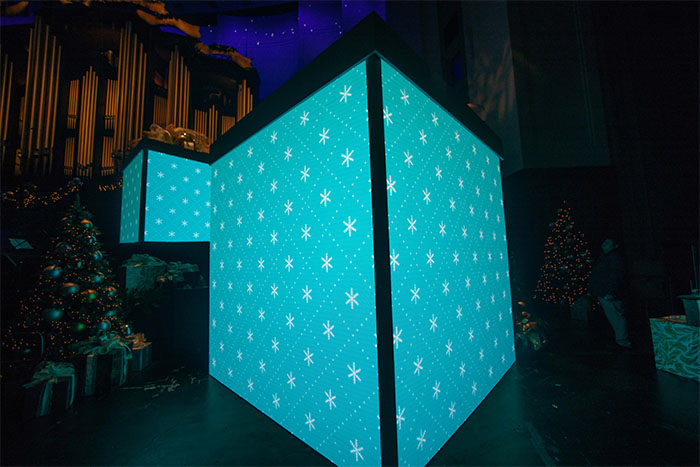 For another event, a set of LED video tile boxes featured content with moving images as well as the branding and logo for the event. This photo-op doubled as hallway branding for the venue. It was a hit with attendees and made for some perfectly shareable moments.

Want to brainstorm creative uses for LED at your next event? Hit us up, let’s chat.